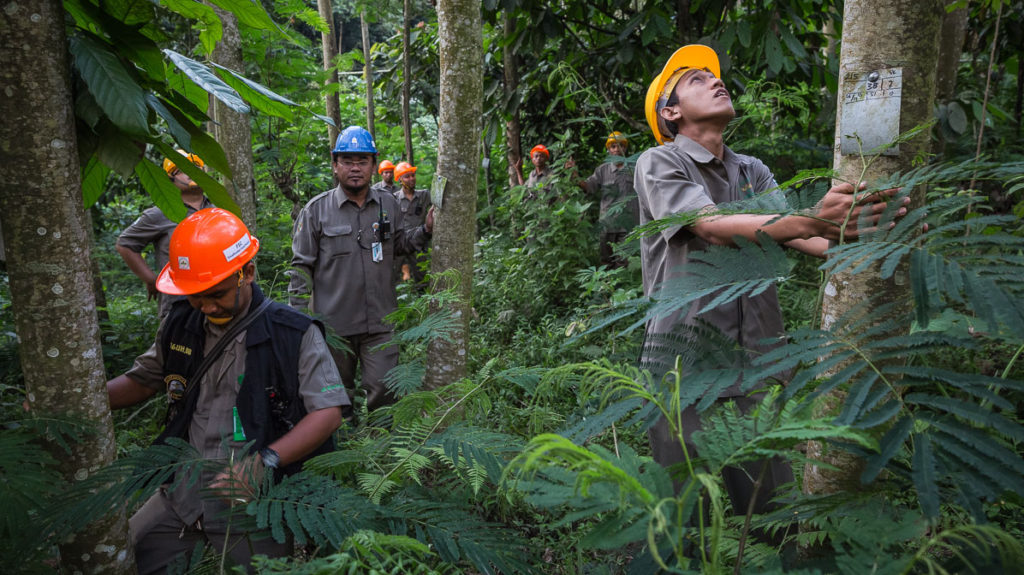 FSC has, for many years, recognized the importance of small woodlands with regard to its global standards for responsible forest management. However, although work has been done in this area, it has not resulted in a suitable standard for the sector. This has led to increasing levels of frustration among FSC stakeholders, which is expressed in the number of motions submitted on this topic for the FSC General Assembly 2017. These motions call on FSC to make certification of small woodlands easier to obtain, primarily through simpler requirements and substantial reductions in costs.

The small woodlands sector has a range of factors that make it more difficult to create global certification standards.

What is small? There is no clear definition of a small woodland; what is considered small in some countries is considered enormous in others. Thus, in North America, ‘small’ can be as large as 1000 hectares, but in Europe only half a hectare.

Variability: There is great woodlands variability in terms of species composition, and the amount that can be harvested. In northern forests, woodlands may be large but the trees grow slowly and the harvestable volumes are low. In contrast, the productivity of woodlands in southern regions can be much greater, even if we are dealing with much smaller areas.

Numbers: In Europe and North America alone there are millions of individual small woodlands. It is similar in other parts of the world.

Ownership: There are great differences in the type of ownership of woodlands. Privately owned forests can be owned by individuals, families, companies, cooperatives, trusts, churches, etc.

Economics: Whatever their size, small woodlands are generally insufficient to provide owners with an income sufficient to sustain themselves. Usually, small woodlands provide a small, additional source of monetary income, or other benefits such as wood for fuel, or non-timber forest products.

When viewed individually, small woodlands may appear only of importance for their owners for social and economic reasons. However, collectively, small woodlands can constitute a substantial percentage of the total forest area of a country and, thus, are very important from an environmental perspective. Unfortunately, the large numbers and diversity of woodlands make it difficult to devise structures and mechanisms to improve the management of woodlands; let alone devise requirements for certification.

The smallholder organisations that are already FSC certified (landowner cooperatives, associations, etc.) mostly date from before the establishment of FSC. These organizations were able to benefit from FSC certification because they had the organisational structure in place to manage certification requirements without much difficulty. This reveals the most important factor in enabling smallholder certification: the existence of organisations that use their collective strength to successfully improve forest management practices, assist with product development, and help find markets for individual members.

Smallholders and FSC to Date

There can be little doubt that the diversity of small woodlands has been a contributing factor to FSC’s lack of progress with smallholders – it is much easier to engage with large corporations than with a multitude of small production units.

Another reason may be found in how FSC was originally devised as a certification system. One of the first things the young organisation undertook was the drawing up of a normative framework in the form of the Principles & Criteria and, based on these, forest management standards. These standards were developed by professional foresters, but much of the input in this process reflected the thinking of individuals and organisations that were involved with FSC at the time. The list of invitees to the 1992 FSC Charter meeting in Washington DC contains 59 names, of which 36 broadly represented environmental interests, 12 social interests, and 11 economic interests (mostly small organisations or retailers, with only a few directly involved in forestry operations).

FSC members need to recognise that this process was not only characterised by a top-down approach, but that it also was dominated by interest groups that were allegedly, in many respects, antagonistic to the FSC economic chamber. Thus, it appears forest management standards were developed idealistically – they did not necessarily reflect the realities of forestry operations on the ground. The standards also had a ‘one size fits all’ approach, stemming from the desire for global applicability, but did not allow for local differences.

Smallholders and FSC in 2017

Over the years, FSC has improved its relationship with the forest industry sector, which is now well represented in the FSC membership. Though, we need to make a distinction between what is happening on the local and national levels, and on the international level. An informal survey I conducted with European FSC offices showed that several are actively engaging with smallholders through various small woodland-owner organisations, though with different levels of success. The feedback I was given made it clear that FSC needs to develop standards and guidelines at an international level that allow more flexibility in their interpretation at the local level to address the great variety of situations on the ground. FSC standards need to be far more attuned to local circumstances to engage more smallholders in the system.

FSC, rightly, takes pride in its efforts for high levels of stakeholder participation. But meaningful participation requires that stakeholders’ interests are adequately represented in decision-making processes. While the FSC Principles & Criteria address issues such as scale and intensity, this has not led to meaningful changes with regard to the smallholder sector. Smallholders simply cannot follow the same rules and regulations that apply to larger organisations – one size definitely does not fit all.

One of the strategic commitments in the FSC Global Strategic Plan 2015-2020 is an increased focus on outcomes. FSC may find that, in order to achieve our desired outcomes, we will have to be a lot more flexible regarding how our standards are formulated and interpreted, and acknowledge that different circumstances require different rules.