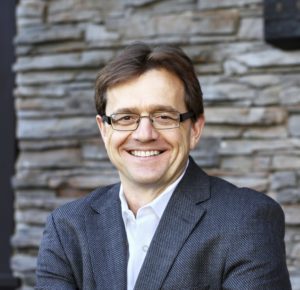 Jonathan Wilkinson was elected Member of Parliament for North Vancouver on October 19th, 2015. Shortly thereafter he was named Parliamentary Secretary to the Minister of Environment and Climate Change.

Prior to entering politics, Jonathan spent the previous 20 years in the Clean Technology sector holding leadership positions with a number of companies dedicated to the development of green technologies. He was CEO of QuestAir Technologies and BioteQ Environmental Technologies and was Senior Vice President of Business Development with Nexterra. Previously, Jonathan was employed at Bain & Company, a leading global management consultancy.

Prior to joining Bain, Jonathan worked in public service as a constitutional negotiator, an advisor to a provincial Premier and as a federal-provincial relations specialist.

Jonathan holds an MA in International Relations from McGill University, an MA in Philosophy, Politics, and Economics from Oxford University – where he attended as a Rhodes scholar – and a BA from the University of Saskatchewan.

Jonathan has been an active volunteer in his community, participating as a board member for several charitable and industry organisations including the United Way of the Lower Mainland, the B.C. Technology Industries Association, Fuel Cells Canada, the BC Power Technology Alliance, the BC Chapter of the Canadian Manufacturers and Exporters Association and the Walter and Duncan Gordon Foundation. Many weekends Jonathan can be found on the field as a coach for the North Shore Girls Soccer Association. He lives in North Vancouver with his wife Tara and their two teenaged daughters.