This year was my very first FSC General Assembly – and what a year to make my debut, during our 20th anniversary year.

For those of you unfamiliar, the week-long GA occurs once every three years. During this time, FSC hosts members from all walks of life, who come together to discuss forest management: from the CEO of IKEA, to an indigenous leader from the Amazon to numbers of trade unionists. Everyone is there to make the world a better place.

At times, we can disagree vehemently – and in the same hour, we can reach moments of agreement that none of us could have even dreamt of. It’s these snapshots that show how FSC can do something no other organisation can.

With an unprecedented number of motions (proposals) put forward – 96 to be exact – this year was always going to be a challenging one. 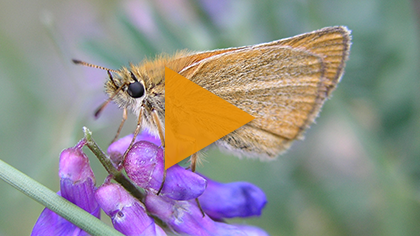 Clearly, the volume of motions was a sign of frustration amongst members, but it also showed that they cared. From helping save the largest remaining forests on Earth to working with local and indigenous communities, the proposals showed that people deemed these issues, and FSC, important.

With so many motions to assess, we had big worries before the event: negotiations and streamlining only brought the number down to 89 by the time we reached the GA. However, within two or three days of the GA, negotiations among members had reduced this number to 46. Of these 46, we managed to discuss 32; 19 were approved and 13 were rejected. These approved motions give us direction for the coming years, and one of them explicitly mandates us to develop a new, much clearer, strategic plan for FSC. Certainly, one of my main tasks over the coming years will be putting this plan into action.

Many issues arose throughout the GA, and the concept of simplification was one that stood out to me – it’s one of the mainstays of our work going forward. For example, we want to simplify rules around how our logo is used. It is the most important asset we have, and the simpler we make it to use, the more successfully we can promote FSC.

Hand in hand with simplification is our desire to further increase FSC’s transparency. To maintain our credibility, we must ensure we share information more effectively with stakeholders, particularly those who are affected by certification decisions.

While we enjoyed many successes during the GA, there was one area where we failed to reach an FSC moment: how we protect trade unions’ rights to work freely.

To decide anything at the GA, we require majority votes in all three chambers, and even though this motion was strongly supported by social and environmental members, it had limited support from the economic chamber. So the motion was rejected.

As a result, many members of the social chamber protested by leaving the room, and for a while we did not have enough members present to make any further decisions. The social chamber members came back, but the mood was bitter, and it was, of course, disappointing that we were unable to reach a consensus on this issue. Since the GA, I have had good dialogue with the global trade union representatives, and am confident we will be able to use the unique strength of FSC to reach an unprecedented compromise in this area.

During the GA, I’m glad to say we did reach agreement on many other pertinent issues, such as intact forest landscapes (Motion 65). 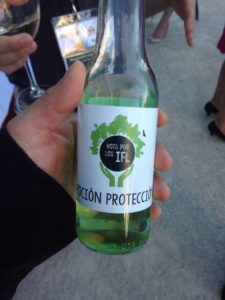 Globally, little of these untouched forest ecosystems remain, mainly in large countries like Canada, Russia, Brazil, and the countries in Africa’s Congo Basin. Something has to be done about this, and following the GA, we now have a strong mandate for moving forward on the topic.

I cannot discuss the passing of this motion, of course, without mentioning the Greenpeace members who carried out a series of stunts in the run-up to voting. For instance, one evening, upon returning to the hotel, we noticed bespoke Motion 65 ‘Do Not Disturb’ door signs had been left outside our rooms. Then, during lunch on the day of voting, a drop of leaf-shaped flyers drew over 300 people’s attention to the topic of intact forest landscapes. Not only did the stunts likely help pass the motion, but they also demonstrate Greenpeace’s and other important, global organisations’ engagement in the FSC system.

All in all, I felt my inaugural GA was a great success.

In fact, one attendee even described it as the best meeting she had ever been in! While this is great praise indeed to the planning that went into the event from many FSC staff, my focus is on what happens next: how can we take the approved motions and momentum driven by the GA, and transform it into action.